Avísame cuando esté disponible
strong>FICHA TÉCNICA:
Nombre: Paper Dolls, Muñecas de papel, Schreiber-Bogen.
Código: SCH-0714
Fabricante: SCHREIBER - BOGEN
Escala:
Tamaño:
Dificultad: Fácil
Hojas: 6.5
Formato: +A4
Otros:Paper DollsPaper dolls' sheets have a long tradition. To cut out a figure and perhaps glue onto a piece of wood so that it could stand, and could be dressed according to one's wishes – that already fascinated mainly girls a hundred years ago. And even in those days, special favourites were figures from high society and, of course, members of the royal family and nobility. In that way one was able to participate a little bit in the life of the beautiful and the rich. It seems only reasonable, therefore, that the paper dolls of each period show something of the styles of that time, reflect how people lived, their ideas and dreams. Nowadays one would be ashamed to play with a paper dolls' sheet representing “negro children“ in the colonies, but it reflects the views of the time. Nowadays one would prefer a paper doll of Lady Di, or film stars like Marilyn Monroe or Romy Schneider. The paper dolls' sheets could only be circulated properly once printing technology made mass production possible. Indeed, a low price was the basic requisite that wide sections of the population could afford to buy them. Perhaps one could consider the period at the change of the 19th to the 20th century as being the heyday of the paper dolls' sheets. At that time, extremely high-quality prints could already be produced, which later were often no longer achieved in their beauty and accurateness. Decades ago it was only girls who occupied themselves with paper dolls, but nowadays often adult women also take great pleasure in the fact that this toy from their childhood still exists. Incidentally, paper dolls are said to have supplied the idea for the Barbie dolls. When the daughter of Barbie's inventor was playing with paper dolls, Ruth Handler is said to have been inspired by them and developed the idea not to portray a child as the doll, but a figure that looked like a film star. With Barbie's world fame, its style then once more influenced the design of the paper dolls' sheets.. 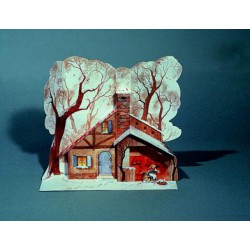 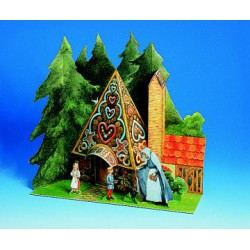 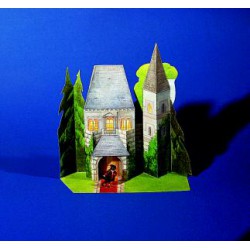 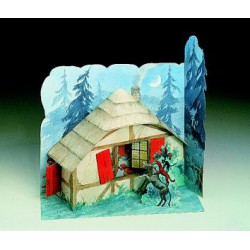 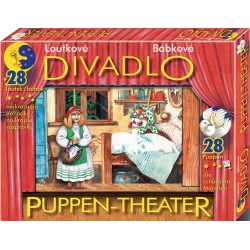 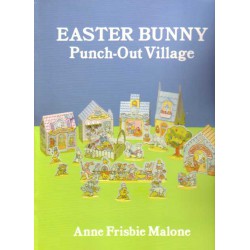 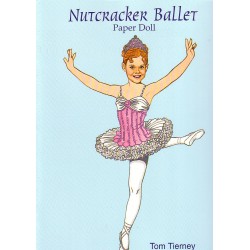 Alice in Wonderland Paper Dolls. Through... 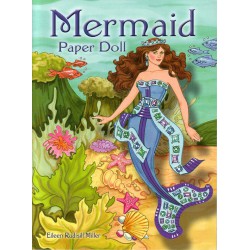 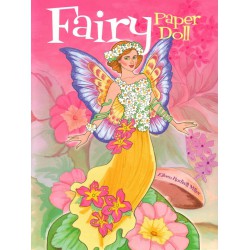 These enchanting fairy tale characters jump right off the page! 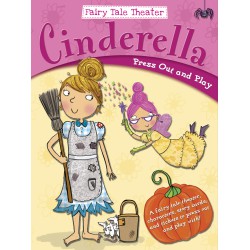 Cinderella: Press Out and Play, DOVER 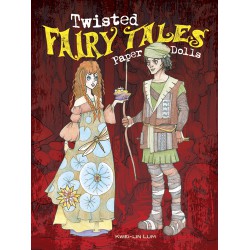 Snow White and a host of other fairy tale favorites take on an avant-garde aspect that's closer to renditions by Edward Gorey than Walt Disney. 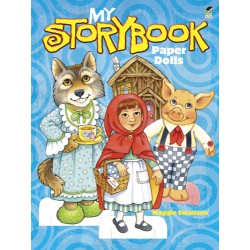 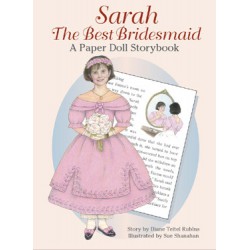 This charming book combines the fun of playing with paper dolls and the love of a good story.

This colorful cast of villainesses features jealous stepmothers, spiteful fairies, and other cruel beauties from more than a dozen folktales. 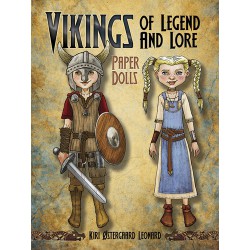 Meet Harald Bluetooth and his wife, Tove of Venden, as well as his parents, Gorm the Sleepy and Thyra Danebod, plus Ragnar Lothbrok, descendant of Odin, and Kraka, his shieldmaiden bride. 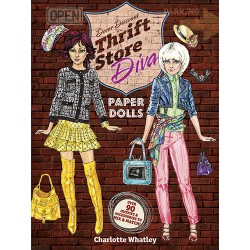 Two charming "divas," Sofia and Morgan, are your guides to dressing chic at low cost.